SNAIL SHELLS FROM AROUND THE WORLD, MANY SPECIES TO CHOOSE FROM AT WHOLESALE PRICES 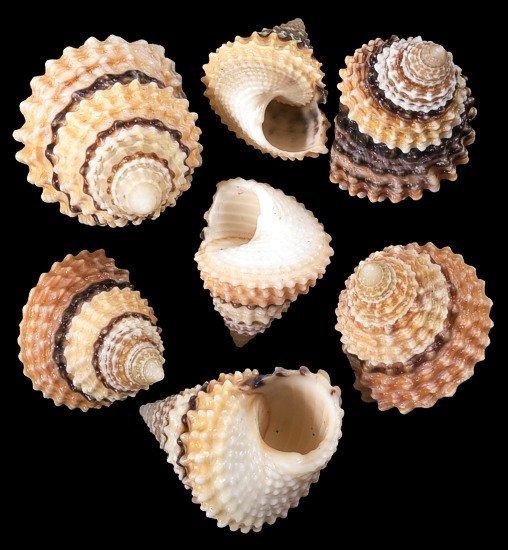 Description. These candy snails were gathered near the Philippines. They prefer tropical waters near rocky shores. Scientific name. is Littoridae Tectarius Coronatus. 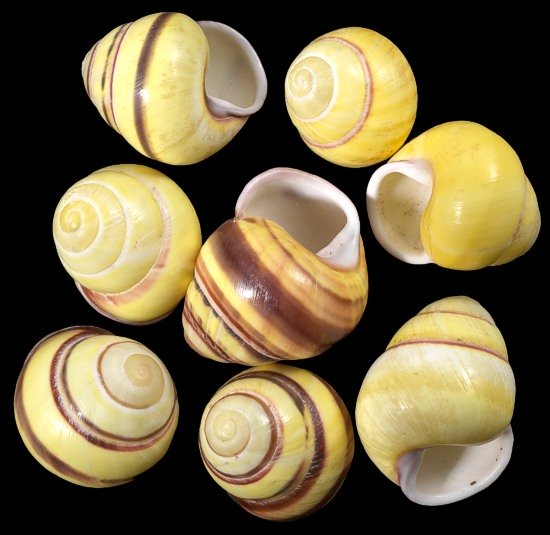 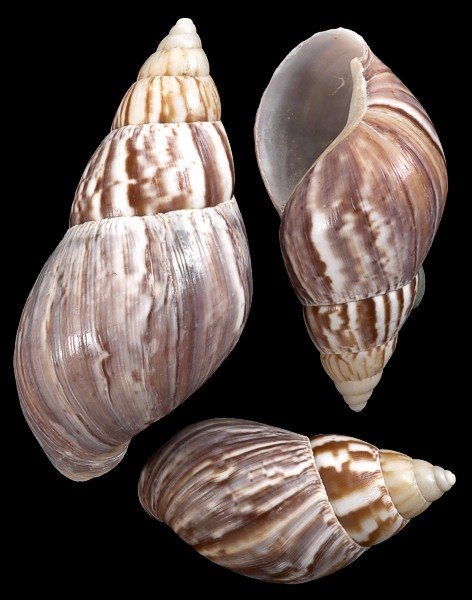 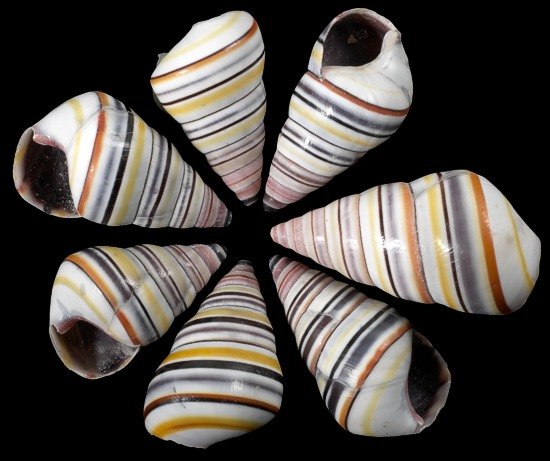 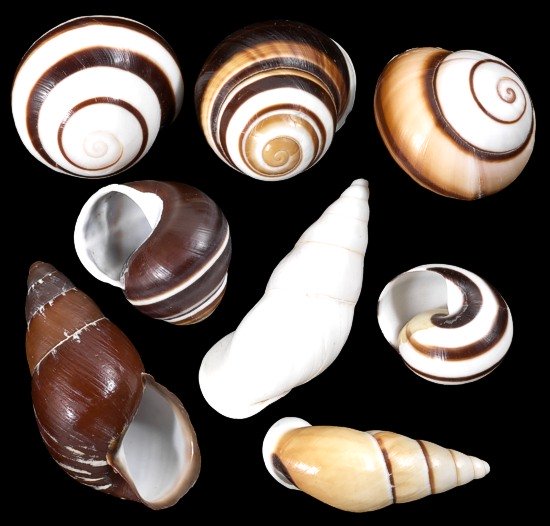 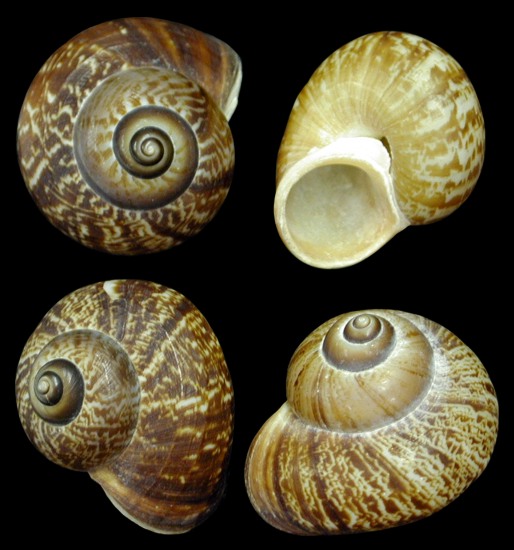 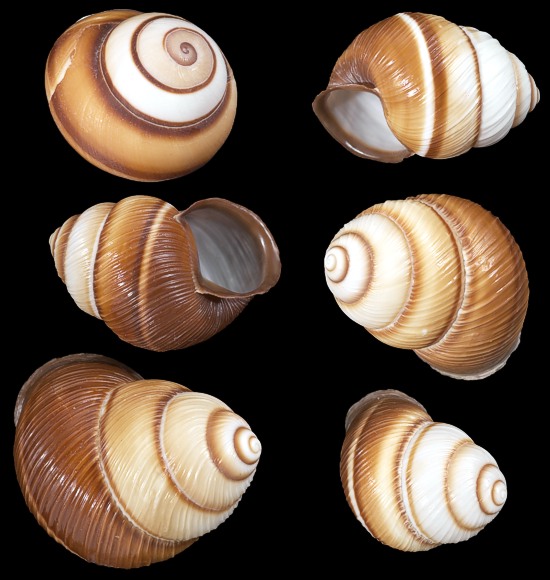 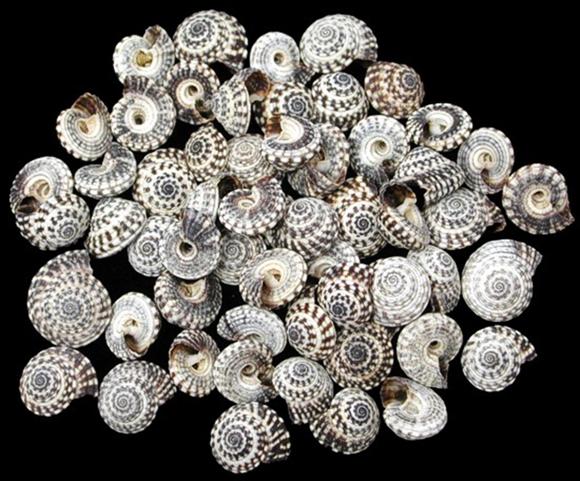 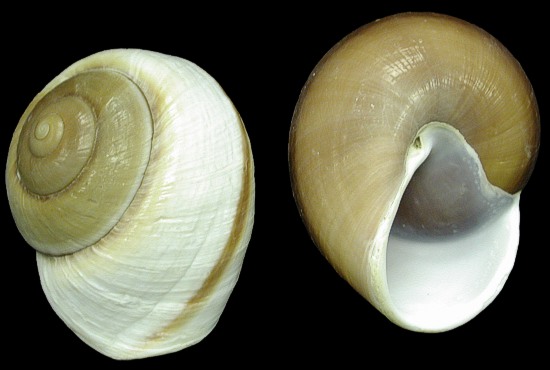 Description. These are Japanese land snails. They have long been a favorite for hermit crabs. Listing Picture. The picture gives a good example of the color (usually brown and beige), shape and markings of the Muffin Snail. 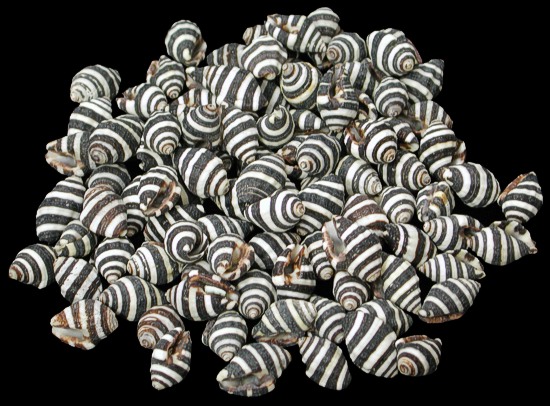 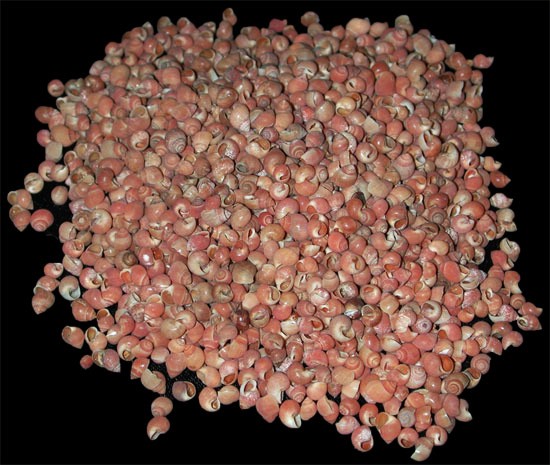 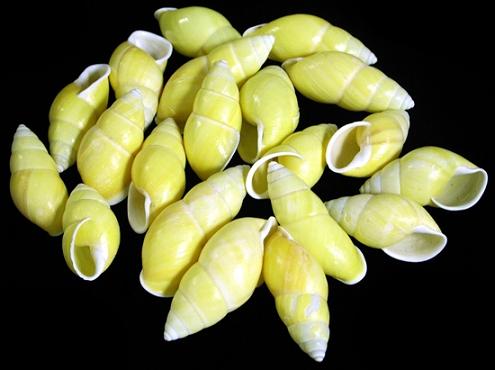 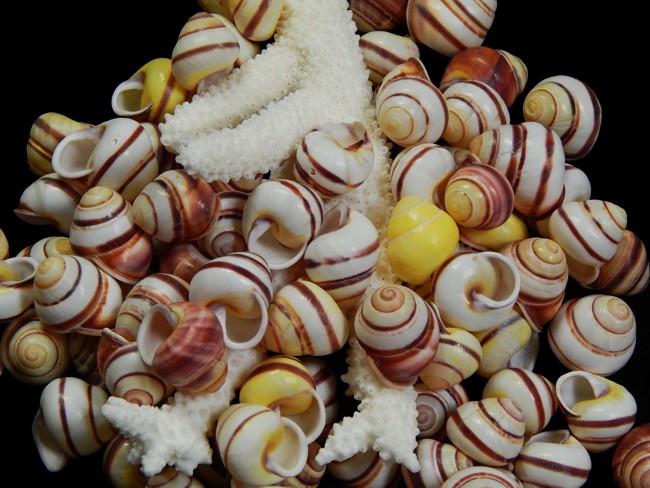