Shark Eyes belong to the Moon shell Sea Snail Family. Moon shells are found worldwide, most in the tropics with a few seen in the Arctics. They have a one half moon aperture (the opening at the front end of gastropod shells). The shell is hard and spherical shaped.

Moon shells are carnivorous, spending most of their lives digging thru sand, searching for clams and smaller snails. This family of shells drills a hole in its prey and devours the molluscan inhabitant alive. The species large foot covers much of the shell

There are more than 100 species belonging to the snail family of shells. Genus: Naticarius. 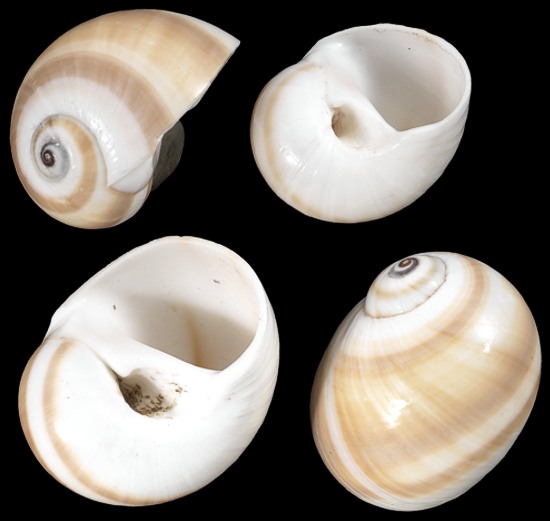