Nacre, also known as Mother of Pearl, is an organic-inorganic composite material produced by some mollusks as an inner shell layer; it is also what makes up pearls. It is very strong, resilient, and iridescent. 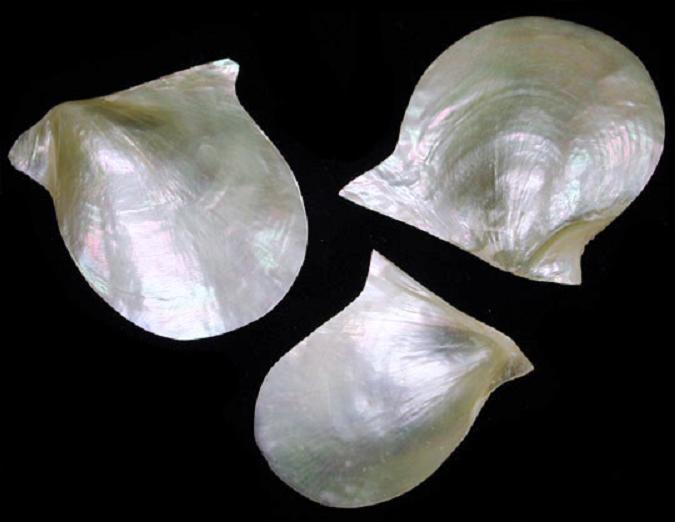 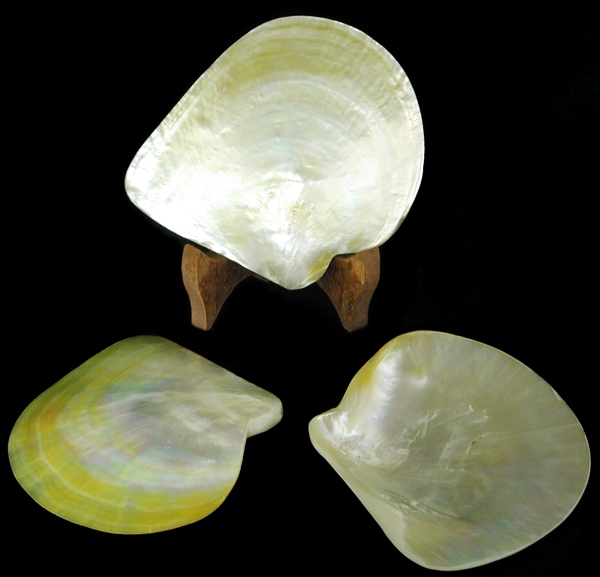 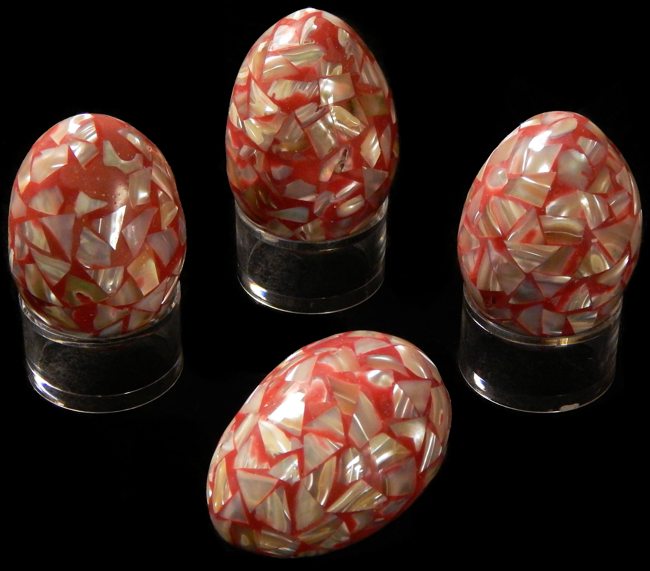