FROG SHELLS OF THE TROPICS

These shells are distiguished by a gutterlide canal or a slit-sided tube, that cuts through the edge of the aperture at its rear end. Some frog shells are moderate in size while a few are large. They assume many shapes, sone spuaty and coarsely ornamented with thick ribs, knobs and warty lumps; which gives them the name frog shells. Most frog shells live on sand and coral rubble. 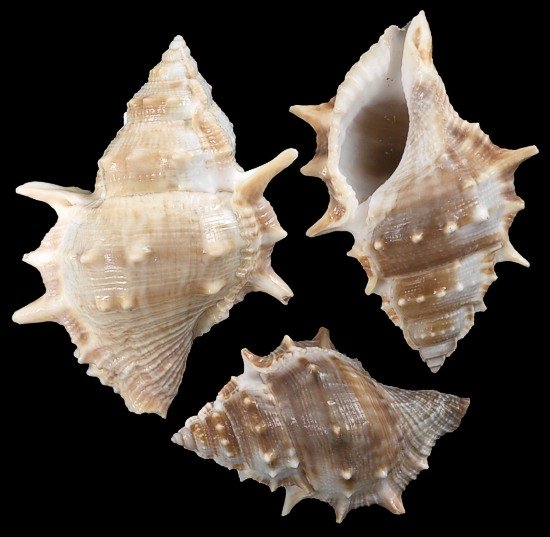