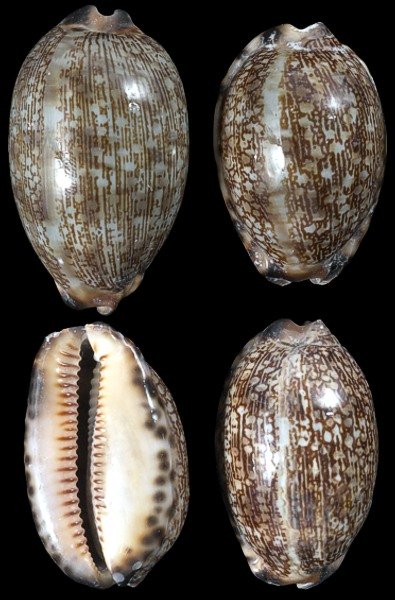 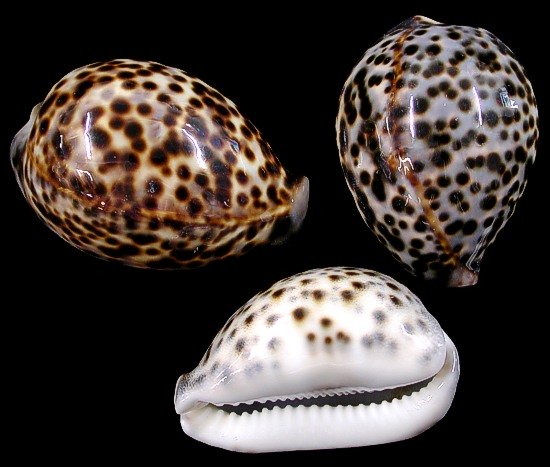 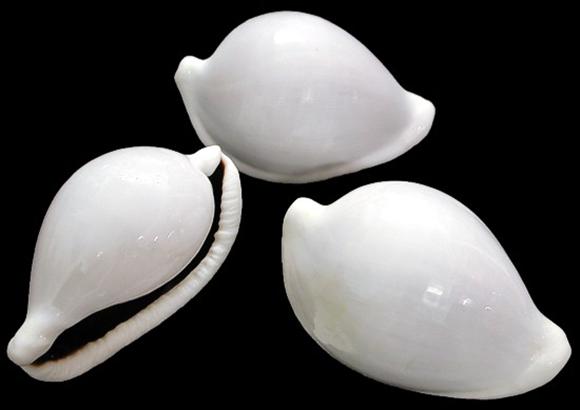 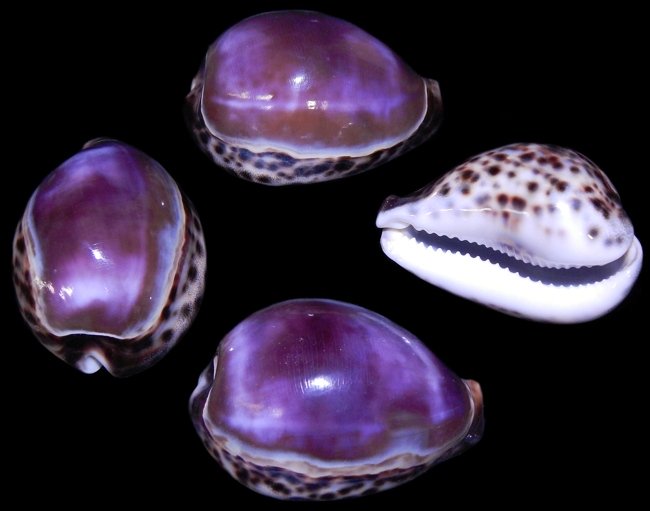 Cypraea Tigris - commonly know as the Tiger Cowry. It feeds on polyps on coral reefs. It is most commonly found under the coral rocks in the Indo-Pacific region and also around the Great Barrier Reef in Australia. The exterior of the shell is smooth and polished because of the covering that the animal has, called a mantle, that wraps around the entire shell. Some cultures see cowry shells as a symbol of fertility and are often offered to a bride as a gift to ensure fertility. The outer shell is brown and black spotted, similar to a tiger, but the purple resides in a lower layer. To reach the purple of the shell, they are dipped into an acidic formula. Tiger cowries are also used in carvings like cameos due to this uniform color under the patterned shell. 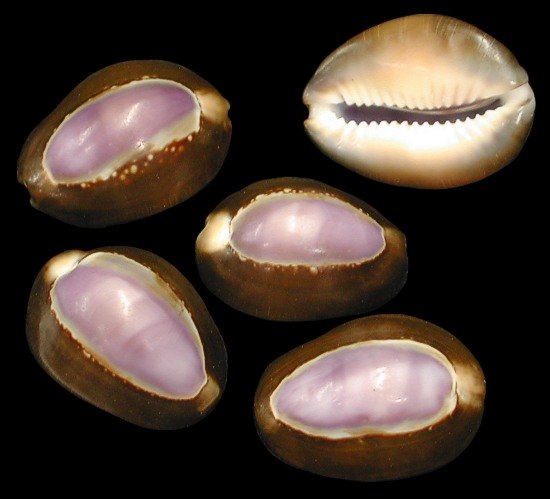 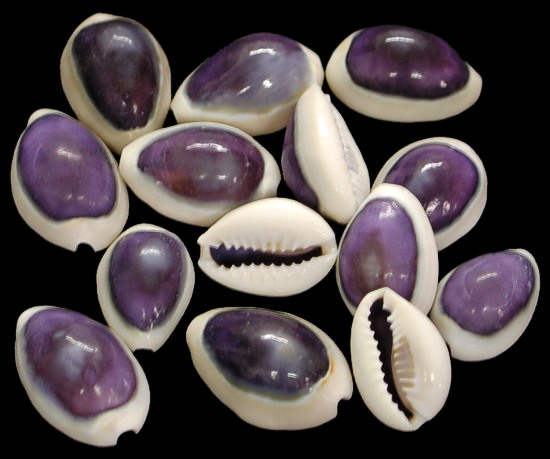 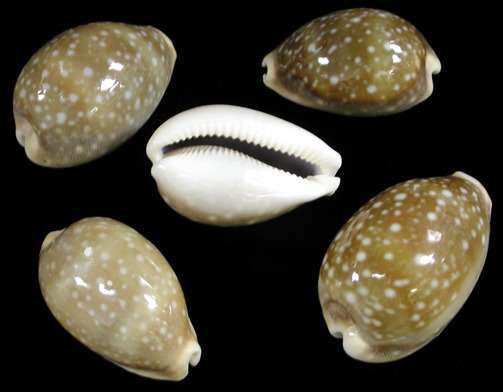 Description The Deer Cowry is a solid, ovate or elliptical shell with a slightly covex base, that has a little bumpy margin. Its teeth are not long but thick. The Deer Cowry shell is mostly found in the Tropical Indo-Pacific region. An area stretching from the Eastern African coast East to Northern Australian/New Zealand shore. Deer Cowries like to Hyde by day under coral slabs and become active at night feeding on algae. The color of the shell is creamy brown, with wide bands of darker brown, overlaid with porcelain like spots. Its margin has faded stripes and the teeth and base are white with a hint of beige. 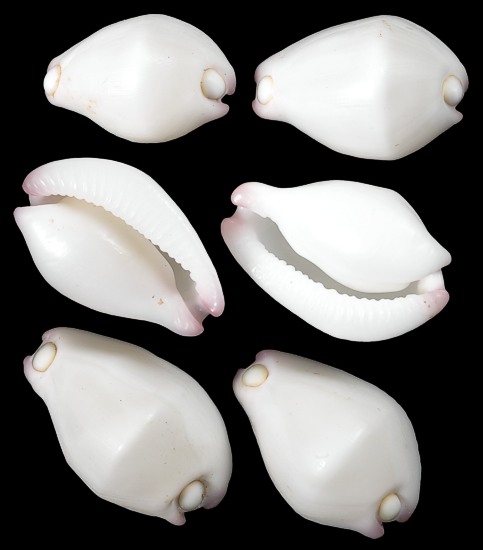 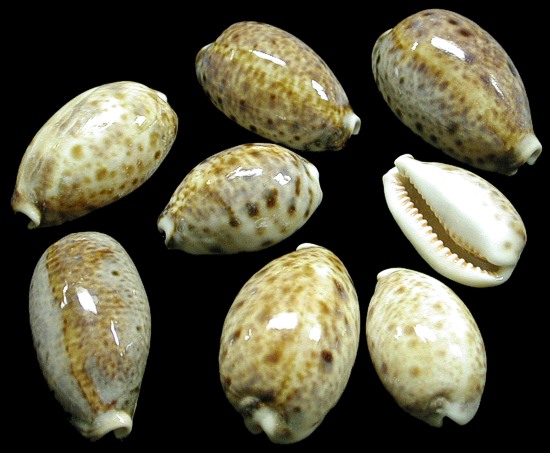 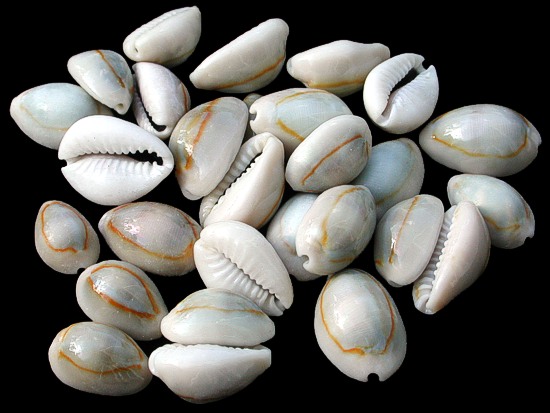 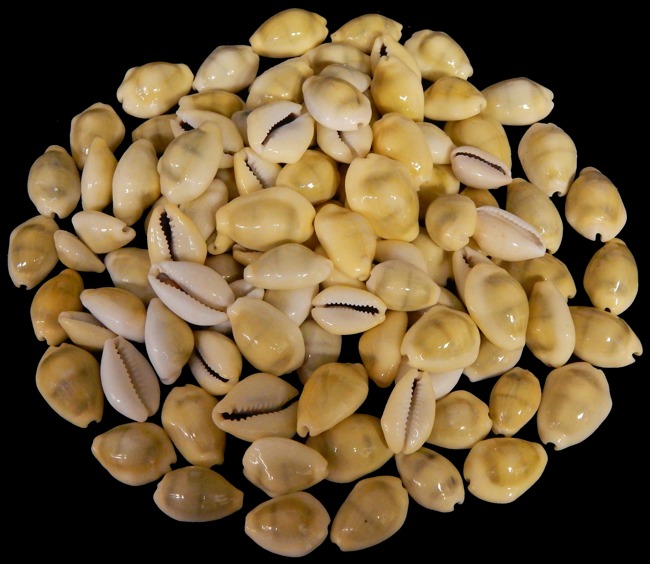 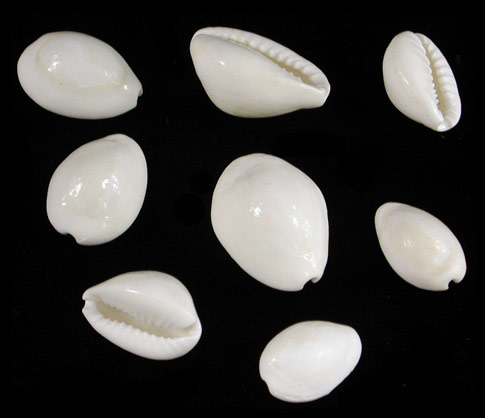